For the first time Strike Force Academy will be featuring an advanced hitting class in our lineup of clinics for the year. This class will have a youth program, and a high school program, and will cap the max number of players per class around 10-15!  Explosive Hacks Advanced Hitting Class will feature a lot of different techniques for each player. We will be capitalizing on mechanics improving Exit Velocity, and Launch Angle. We will also be utilizing the HitTrax in each and every class so we can analyze and break down each swing with video, and amazing amount of data. We will be getting in depth with each swing, and focusing on new approaches for the season based on the data that we gather. This class will also feature many drills to improve all areas of hitting from strength drills, to mechanical drills. Each session will be different, and the amount of knowledge our instructors have will really be able to propel your hitting to the next level.

We will be using the HitTrax machine in every single class. For the first time we will be able to capitalize on live data to help each individual athlete!

HitTrax provides real-time stats and key performance metrics,along with powerful video analysis, trend reports and more. With real time data we will be able to capture and process more to be able to take your game to the next level. 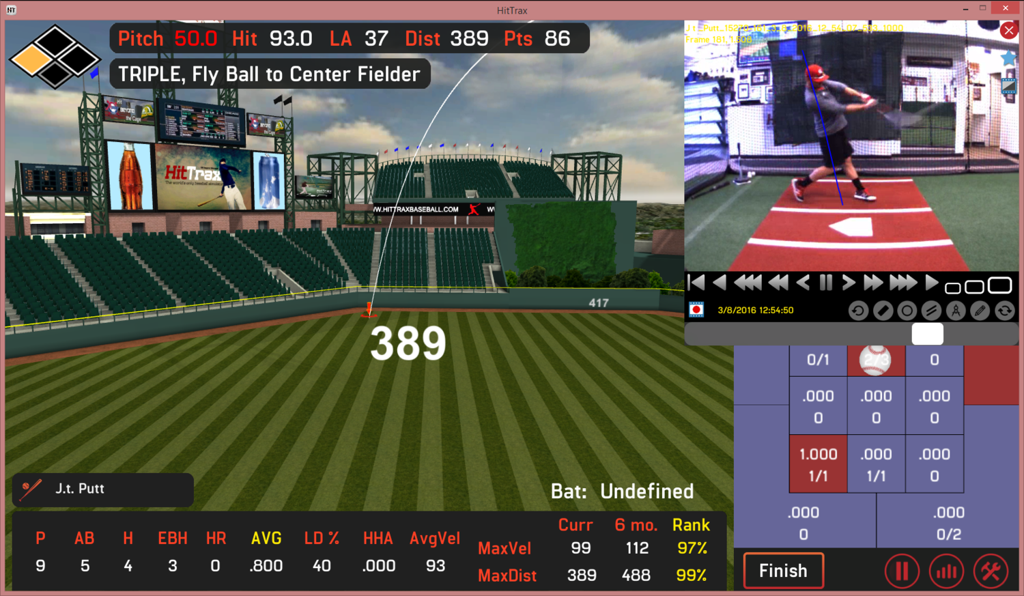 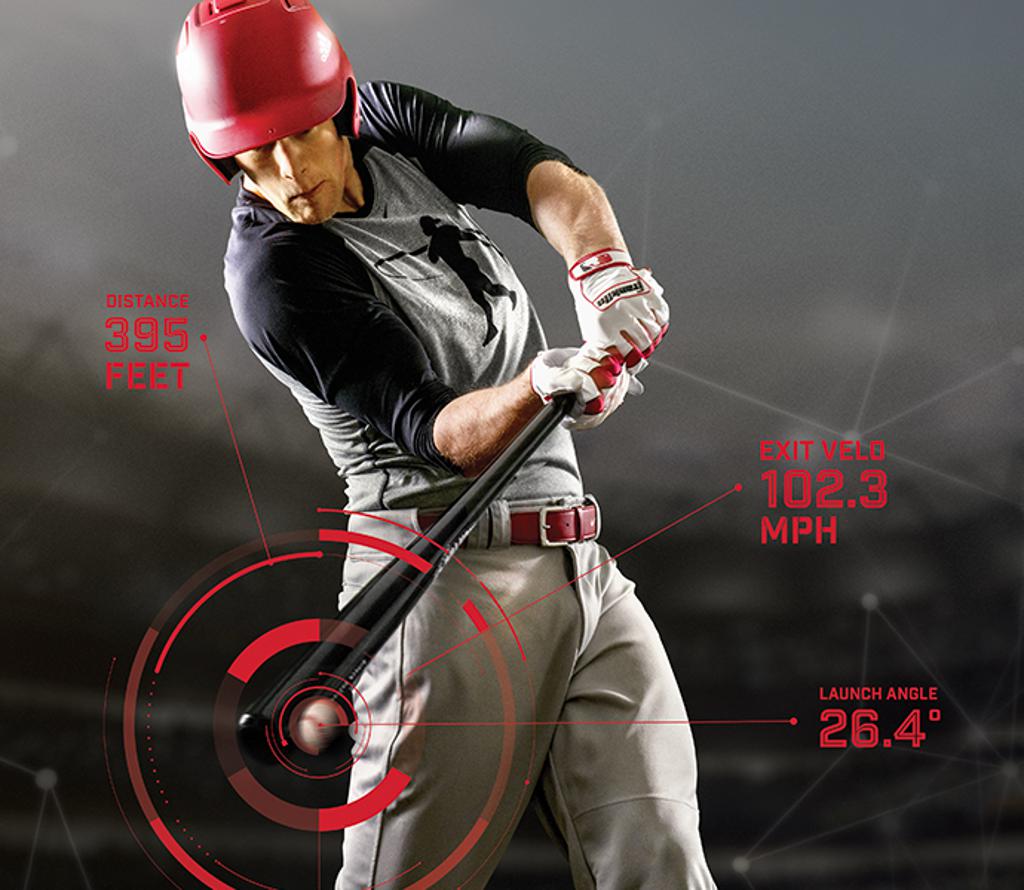 We will be capturing every athletes swing and be utilizing our state of the art camera to be able to instruct, and really focus on making proper adjustments! Our HitTrax machine allows us to take video on each and every swing to be able to analyze data on big screens during class! 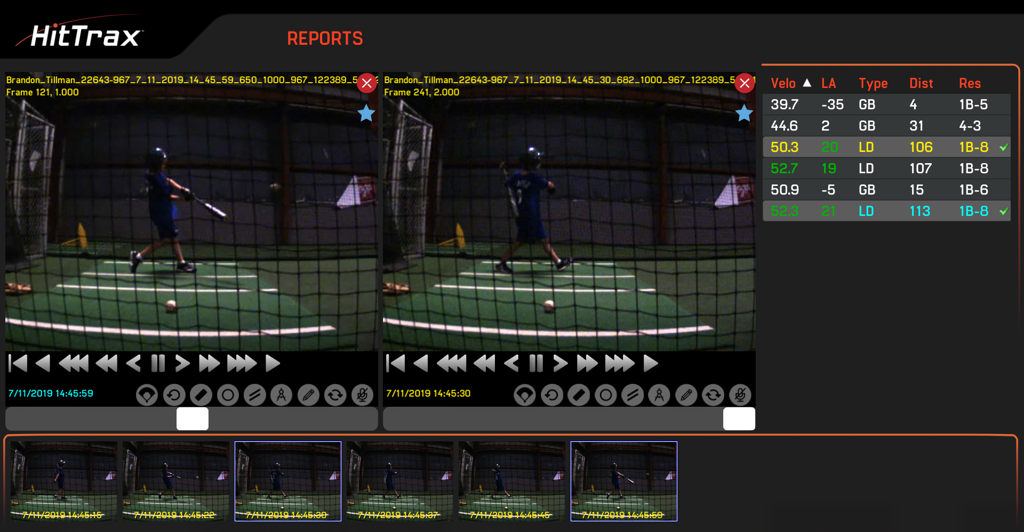 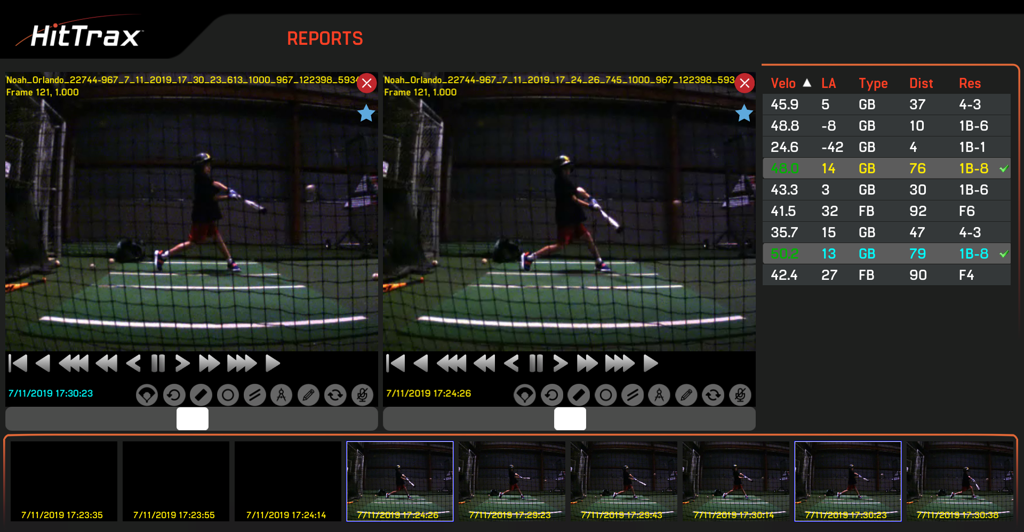 Casey Wilson is now manager of Strike Force Baseball Academy, and works full time at Strike Force Baseball Academy. He is in charge of all clinics run, and is the director of baseball operations. Casey graduated from Hoban High School in 2009, where he received a baseball scholarship to play at Kent State University. Casey was recruited as a two way player, a shortstop, and a pitcher, although ended up being a full time pitcher by his senior year at Kent State. Casey was part of the 2012 college world series team that finished 5th in Omaha that season. After college Casey went on to be the pitching coach at Case Western University where the team was one win away from a World Series appearance.

Jimmy is our special guest of the class and will be featured in several classes. Jimmy is a must see hitting coach, and will be able to imply methods to your game that the best players in the world are doing under his guidance. There are not many opportunities to work with hitting minds like this in your backyard!

Brian Chad is a full time employee of Strike Force Baseball Academy. Brian also coaches team Ohio Pro Select in the Summer. Brian has been a Strike Force employee and has been giving lessons for 9 years and he has seen many college players go through his door under his tutelage. Brian went to Walsh Jesuit High School where he pitched on varsity 3 years. Brian then went on to start at Eastern Michigan University, before transferring to Merchyhurst for his Junior year, where he also started for the Lakers.

Doug Sanders has been involved at coaching a high level of baseball for the last decade and is going to be a crucial part of this class! Doug Sanders joined the Central Michigan baseball coaching staff in July 2013, and is responsible for hitting instruction, infield defense, and base running. He also assists in recruiting, travel planning, and preparing scouting reports. Sanders spent three seasons at his alma mater, Kent State, as a volunteer assistant coach on the staff of coach Scott Stricklin. He was part of Kent State's incredible 2012 run to the College World Series. Sanders was responsible for defensive instruction, which contributed to a Golden Flashes’ defense that ranked 29th in the country in 2010 and eighth in 2011. In 2013, Sanders served as a full-time assistant coach at Malone University in Canton, Ohio. Sanders was a standout infielder at Kent State and led the Golden Flashes in hitting as a senior in 2008 and earned a spot on the MAC All-Tournament Team. Prior to Kent State, Sanders was a Junior College All-American at Elgin (Ill.) Community College where he set program records for hits in a season and triples in a career. Sanders was an all-state selection in both baseball and football as a senior at St. Edward Central Catholic High School in Elgin, Ill., and is a member of that school's hall of fame as well as the Elgin Sports Hall of Fame. He played five years of Independent League Professional Baseball in the Golden and Frontier leagues. As a second baseman, he had a .978 career fielding percentage and was a Frontier League all-star in 2010. Sanders has played and/or coached on several championship baseball teams at the junior college, NCAA Division I, and professional levels.

Includes all classes and a HitTrax Profile!

7 week Program starts Jan 18 and goes for the first 7 weeks listed above.